Baby boomers geared up to move
WASHINGTON, D.C. – Where will baby boomers go to retire? A new survey conducted by Mason-Dixon Polling & Research for the Consumer Federation of the Southeast finds one in three could move out of their home state in search of low taxes, low housing costs, pleasant climates and quality health care. They also want diverse recreational activities, supportive senior services, arts and cultural opportunities, nearby beaches and access to education.

The baby boom generation has 78 million members, and the first wave – those born in 1946 – reach the full age for Social Security retirement benefits this year.

According to the survey, a full third of baby boomers are open to moving across state lines to find the assets they are looking for, including a mid-size town that welcomes a diverse population.

“According to this survey, substantial numbers (of baby boomers) are interested in relocating in retirement,” says Walter Dartland, president of the Consumer Federation of the Southeast. “The decisions they make about where they will retire will have a huge impact not only on their families’ finances but on the communities to which they move.”

Attracting even a small percentage of boomers can significantly impact a community. If just 0.3 percent move to a single area, it adds an estimated 1 billion per year in new economic income through jobs and new business.

“This important survey, one of the most extensive of its kind in a decade, underscores the tremendous contribution that Americans aged 50 and older can offer to communities wherever they choose to live,” says Jeff Johnson, AARP Florida’s interim state director. “AARP Florida believes this research will help inform the efforts of many communities to better equip themselves to address issues important to a 50-plus population.”

• More than half (58 percent) plan to buy a house in their retirement relocation destination.

• Some 96 percent of baby boomers surveyed say top-quality health care services are “very” or “somewhat” important to them in considering a relocation destination.

• Affordable housing ranks second, with nearly 92 percent ranking that as a “very” or “somewhat” important criterion.

• A warm, welcoming year-round climate is “very” or “somewhat” important to 85.5 percent – but a strong plurality of this group want their warm summers to be paired with a few cooler months.

• Eight out of 10 relocating boomers want affordable recreational opportunities in a relocation destination, and about the same number seek strong local services for elder care.

• Seven in 10 prefer a mid-size city or small town.

• Arts and cultural opportunities are very or somewhat important to three in four.

• Beaches or ocean nearby is very or somewhat important to about six in 10.

• Educational opportunities are important to about half. A large university is a plus for four in 10 boomers willing to consider relocation.

• Diversity in a location is very or somewhat important.

Almost 54 percent of respondents indicated that the weak economy was not delaying their retirement plans, but about 36 percent said that the economy had delayed retirement.

Pollsters asked respondents to name – unprompted and with no suggested options – a state they might consider relocating to for retirement. About 18 percent mentioned Florida as a top relocation destination. 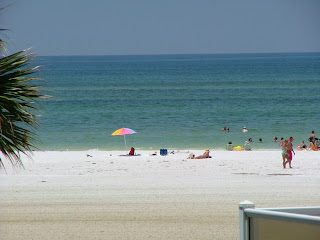 The survey, conducted by Mason-Dixon Polling & Research between Nov. 14 and 22, 2011, surveyed 1,100 Americans ages 47 to 65 who said they would relocate in retirement, were considering relocation or weren’t sure. All respondents surveyed lived in the eastern half of the U.S., outside of Florida. The survey carries a margin of error of plus or minus 3 percent.